Find a plant treatment expert near you. 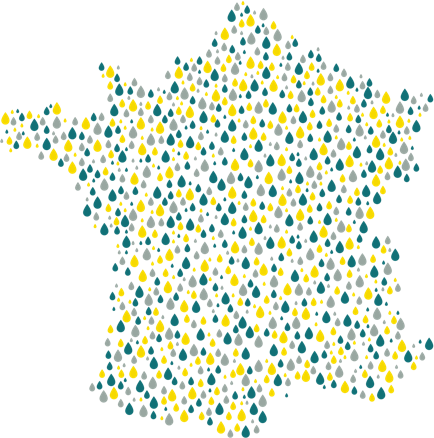 Easy to maintain, sustainable and perfectly integrated into your landscaped space.

No tank – No emptying – No odour – No mosquitoes

Aquatiris designs and installs Jardins d’Assainissement. These systems, approved by the Ministries of Health and the Environment, adapt to the number of inhabitants, the type of soil and the type of toilets in the dwelling (“conventional” toilets or dry toilets), as well as the owners’ wishes in terms of landscaping. Your Aquatiris expert will be able to recommend the solution that suits you best.

Our range of Sanitation Garden 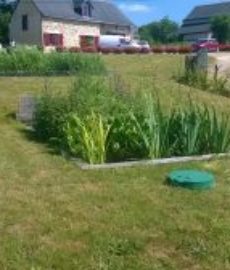 Did you know? How do the Ministries of Health and the Environment grant approval?

All new sanitation systems are scrutinised by a scientific verification protocol.
There are two different protocols:

You will have guessed that the European protocol is much easier and faster to pass, and almost all the manufacturers of sanitation systems sold on the market have chosen it, including us for our Sanitation Garden – Roseaux Line.

“But did you know that the Sanitation Garden – Iris Line is almost the only one to have followed the French protocol?”

And that’s not all – it’s the only one to have achieved a perfect score throughout the duration of the test! We’re more than just a little proud! That explains why the Iris Line obtained the highest score in the study carried out by the French research laboratory specialising in sanitation (IRSTEA) during its 2017 on site study (with private individuals in real living conditions).

Compact configuration for this Sanitation Garden – Iris Line intended for a 5-bedroom house. The flower filter is attached to the reed filter, with the addition of a decorative rockery (on the right in the photo) to make it even prettier!

Ask for a quote